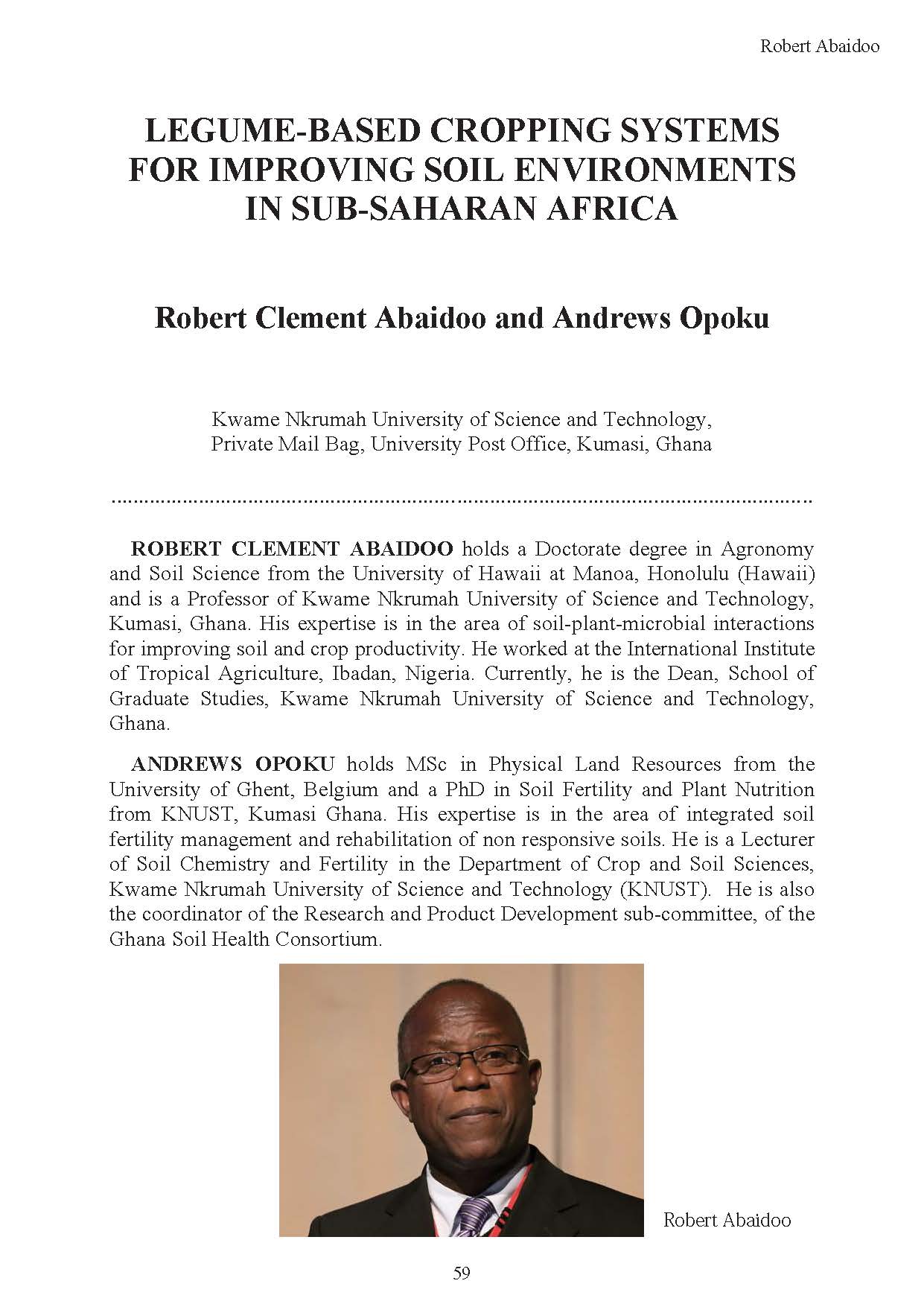 Soils in Africa are less resilient for crop production. The soils range from stony and shallow with poor life-sustaining capabilities to deeply weathered soils with inherently poor fertility status. The soils are situated in five major agro-ecological zones depending on the length of the growing period. The agro-ecological zones are humid, semi humid, semi arid, arid and highlands. The dominant soils in these agro-ecological zones are Ferralsols and Acrisols in the humid zones; Ferralsols and Lixisols in sub-humid zones; Lixisols, Arenosols and Nitosols in semi-arid zones and Lithosols in the arid zones. Among these major soils, Ferralsols, Acrisols and Arenosols are laden with severe fertility constraints. Ferralsols have extremely low nutrient retention, low water holding capacity, high P fixation and deficiencies in magnesium, calcium, potassium and molybdenum. Acrisols also have high P fixation, low nutrient retention capacity, as well as boron and magnesium deficiencies. In addition, the structure is weak and internal drainage is poor. Arenosols have low water-holding capacity, low nutrient content, low nutrient-retention capacity, and chronic deficiencies in nitrogen, potassium, sulfur, zinc, manganese, copper and iron. Furthermore, Arenosols are weakly structured and prone to soil compaction. In contrast, Nitosols have good structure and high nutrient retention. Grain legumes such as cowpeas, soybeans, groundnuts and common beans are commonly grown as mono crop, intercrop or in rotation with other crops in the sub-humid and semi-arid zones. The grain legumes have contributed in diverse ways to the restoration and maintenance of soil fertility. Nitrogen is the most limiting nutrient element in the soils of sub-saharan Africa. The contribution of grain legumes to biological nitrogen fixation varied widely depending on the crop, variety and the management practices adopted. Large number of on-farm trials carried out by N2Africa in West, East and Southern Africa showed that the amounts of N fixed were 12 - 266 kg N ha-1by cowpea, 3 - 166 kg N ha-1 by soybean, 10 - 124 kg N ha-1 by groundnut and 5 - 31 kg N ha-1 by common bean. These studies also identified the choice of variety and application of P fertilizers as the key determinants for enhanced biological nitrogen fixation. The choice of an improved variety of cowpea increased N-fixed by 120 kg ha-1in one study, while the application of 30 kg P ha-1 increased the N-fixed by 58 kg ha-1 in another study. Nutrient mining is a widespread soil fertility challenge in Africa. Over the last three decades, nutrient depletion has been estimated at an average of 660 kg N ha-1, 75 kg P ha-1 and 450 kg K ha-1 in 37 African countries. Studies conducted by the International Institute of Tropical Agriculture in 52 farms in northern Nigeria showed that retention of cowpea haulm at a rate of 100 kg/ha could reverse N mining within 2 to 54 years and P mining within 2 to 10 years of continuous practice. Undoubtedly, grain legumes are endowed with enormous potentials which, when harness appropriately could propel the attainment of the much needed green revolution in Africa.