The Academic Approach of Research on North Africa 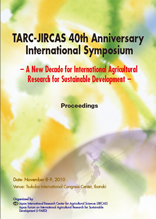 Alliance for Research on North Africa (ARENA) was launched in April 2004, as an academic
research center with the purpose of promoting comprehensive research concerning the North African
Region by way of integration of humanities and sciences. Linking North Africa’s unique and various
potentials with Japan’s advanced science and technology, ARENA’s research focuses on the region of
North Africa, from the Mediterranean to the Sahara, including Egypt, Libya, Tunisia, Algeria,
Morocco and Mauritania. Since April 1, 2007, ARENA has been promoted in its organizational
position to an inter-department research institute of the University of Tsukuba from being under an
umbrella of a graduate school.
Being inspired by its institutional promotion, ARENA intends to further implement unique and
useful research activities. Currently, in cooperation with CANMRE (Centre de l’Afrique du Nord et de
la M?diterran?e pour la Recherche et l’Enseignement) which was established in Tunis April 2006 as
the first oversea base of the University of Tsukuba, ARENA endeavors to develop a new research and
education system by multi-disciplinal approach through the integration of various fields of sciences,
aiming at establishing a new academic field “North African Studies.”
Since its establishment, ARENA has achieved plenty of valuable activities in the fields of
Bioscience, Arid Land Environment Studies, Humanities and Social Sciences, Information
Technology and Management. Taking advantage of such fruitful results in each field, ARENA has
significantly contributed to further development and progress of academic activities in the North
African countries, through conducting researches on the basis of the specific nature and unique
features of the Region, promoting academic exchange, and supporting education and training of young
researchers. These achievements could contribute to shifting the pivot of academism from Europe and
America to North Africa and Asia, and might lead up to creating a Japan-led new academic area,
aiming for co-existence of different civilizations.
Throughout past seven years, ARENA made many achievements in various scientific fields, such
as in desert studies, biotechnology, language and culture, information and communication technology,
management, and world heritage studies. An important feature of ARENA is that it conducts
comprehensive research by integrating humanities and sciences.
Since 2000, we have had Tunisia-Japan Symposiums on Society, Science and Technology
(TJASSST), and the 10th edition of TJASST2009 was held last year. The number of presentations in
the TJASST2009 significantly increased to 265, comparing 160 presentations in the TJASST2008. 98
scholars presented (48 from university of Tsukuba, 50 from other Japanese universities), and nearly
100 Japanese participated in the symposium. TJASSST has taken root as the biggest opportunity to
encounter and discuss between Tunisian and Japanese researchers. To make the Forum more fruitful,
we need to call participants from various universities and institutions.“Valorization of Bio-resources in Semi Arid and Arid Land for Regional Development” (Science
and Technology Research Partnership for Sustainable Development) project, Japan Science and
Technology Agency (JST) and Japan International Cooperation Agency (JICA) collaborate to promote
international joint research that target global issues with developing countries, was started last year.
This project targets the arid land in Tunisia in North Africa, and we will deploy the investigation of
useful bio-resources based on food culture and traditional medicinal information, investigation of
vegetation distribution, investigation of temperature/soil saline characteristics, perform exhaustive
component analysis and functionality analysis of bio-resources. Furthermore, the project will develop
the technologies for cultivation/breeding methods that aim at adapting to the environment, and will
seek a high-degree utilization of arid land bio-resources by introducing food utilization and processing
technologies.
ARENA also started implementing a three years project (FY2010-FY2012) entitled
“Establishment of Integrative Research Base by Humanities and Sciences on Valorization of Useful
Plants for Regional Development in North Arica” funded by the JSPS under the “Asia-Africa Science
Platform Program”. The purpose is to conceptualize and establish a regional development model by
valorizing useful endemic plants in North Africa and developing seeds for industrialization that
consistent with embedded tradition and culture in Islamic society, collaborating with universities in
Tunisia, Egypt, Morocco and Algeria.
The North African Region has its own historical and cultural background based on its
geopolitical position. But the Region also faces various challenges in the contemporary complicated
international relations, with regard to stability of society, economic development, education of youth,
etc. ARENA believes that it could help achieve more realistic and practical solution of such problems
and make persistent contribution to the international society, by developing its research activities with
deep comprehension and deliberation through the interdisciplinary approach and from different
viewpoints of natural science and human sociology focusing on that Region.